With it being the 75th anniversary of Victory in Europe  on 8th May, I have a story to tell about the Oakhill pond. I’m from Rawcliffe Bridge originally, I now live in Goole. my dad’s family are all from Rawcliffe Bridge. we never called it Oakhill. It was always, and still is called (by us Rawcliffe lot) the Navvi, short for navigational ponds. As a 12 year old me and a gang of friends would go there on our bikes and ride the tracks which are now sadly overgrown.

As a 16 year old the bikes turned into moto bikes. You get the idea! Now I use it as an easy commute to work. The Oakhill pond is now great to get around. Its amazing to think it was a clay pit supplying the brick factories. when the war was on my dad was a primary school kid he went there to play with his friend. They stopped at the pond and saw a lad probably late teens in the pond, he was swimming up and down. The lad was a farmers son that lived in one of the farms near the pond on the Rawcliffe side. He told my dad he was swimming to get fit to go fight in the war. I can’t remember the name of this lad unfortunately, but my dad remembers this day like it was yesterday! The farmers son got fit and joined up. Because of my dad’s age I reckon it would’ve been 1943-45. The sad thing is the young man never returned home along with many others. But he is remembered!

On a lighter note. How many of us would let our kids go play in woods, swim in deep ponds unattended, walk along railway lines, like we had to, to get there on our own? My dad and his friend would’ve been around 6 or 7 years old doing all this.

I’m glad to see the area is now being enjoyed and looked after. It is part of the areas history. Basically it was all a big brick factory. Let’s hope it continues to be looked after by everyone 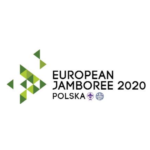