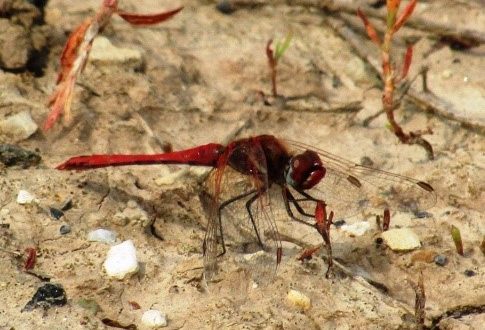 Odonata is the scientific term used by entomologists and enthusiasts to describe the order of insects that comprise Damselflies and Dragonflies.

April 23rd 2017 and the first Large Red Damselfly Pyrrhosoma nymphula is seen on the wing at Goole Brick Ponds. Heralding the start of the new flight season at the reserve. A season that would prove to be most memorable. In contrast to the cold and wet spring of the previous year, the spring of 2017 was pleasantly warm and relatively dry. South and south westerly airflows helped produce the type of weather conditions ideal for expected emergence times. 2017 saw twenty species recorded which included a new species to the site, Red-veined Darter Sympetrum fonscolombii, an uncommon migrant to the UK from southern Europe. The Oakhill and Goole Brick Ponds site list now stands at an outstanding twenty one species.

2017 species list and first sightings dates with observer name/s are as follows;

Notes on selected species of importance to the site. 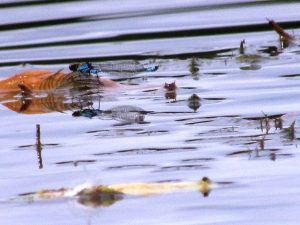 Only three records from the Brick Ponds the first sighting being on 20th August. Although this date is well into this species flight period, it mirrors the time of last year’s first ever sighting. It is confined to the smaller Brick Pond.  Small Red-eyed Damselfly has a toe hold and no more than that so far. 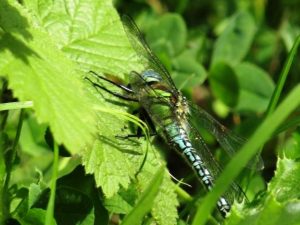 Present and breeding at the small pools near the Brick Ponds but in very small number. No sign of significant population expansion. Probably due to nymph stage survival against the likes of Four-spotted Chaser and The Hawker species Common, Southern and Migrant which dominate. Habitat management is designed to help keep this species at the Brick Ponds. 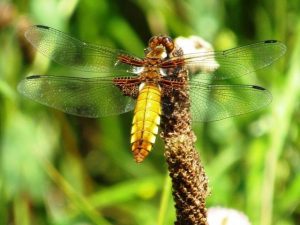 As suggested in the 2016 review. The drain to the north of the Brick Ponds provided good habitat for this species to remain on site. Several records of males, females and oviposting. Good news. 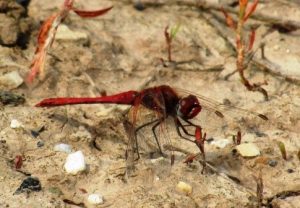 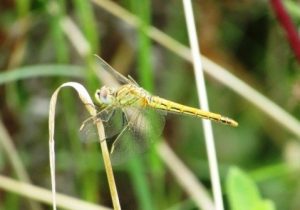 A male found at Tom Pudding Flash on 20th June by Brian Smith coincided with a major influx of this highly migratory species to many parts of the UK and Ireland. At the time little if any thought was given to the notion that breeding may take place. Subsequent follow up searches found no females. However in September extensive fieldwork by Peter Hinks found emergent immatures. So many that the suggestion of a second generation continental influx was dismissed. The finding of exuvia proved breeding. This species has an extraordinary and rapid growth period. From egg to nymph to adult in only three months! The very shallow waters of Tom Pudding Flash provided the perfect breeding and growth  habitat. It could not have bred anywhere else on the reserve. Food supply must have been adequate. News of what was happening at Tom Pudding Flash spread far and wide, attracting vice county recorders and enthusiasts from North and West Yorkshire and a couple from Wicken in Cambridgeshire! There are two excellent articles on this occurrence with Adrian Parr writing in the December 2017 edition of the British Wildlife magazine and Peter Hinks writing in the YNU Naturalist magazine December 2017. Oakhill has become famous. 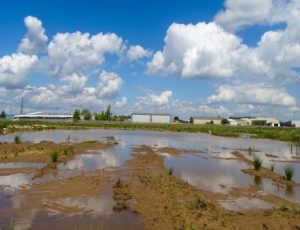 I must thank Anne Howard Webb for her kind permission to use her habitat photograph of Tom Pudding Flash. Small Red-eyed Damselfly. Hairy Dragonfly. Broad-bodied Chaser and Red-veined Darter photographs by Paul Adams.

Many thanks and appreciation to Matthew Cox. Daniel Challenger. Peter Hinks and Brian Smith. For their work in the field and sending me their records.