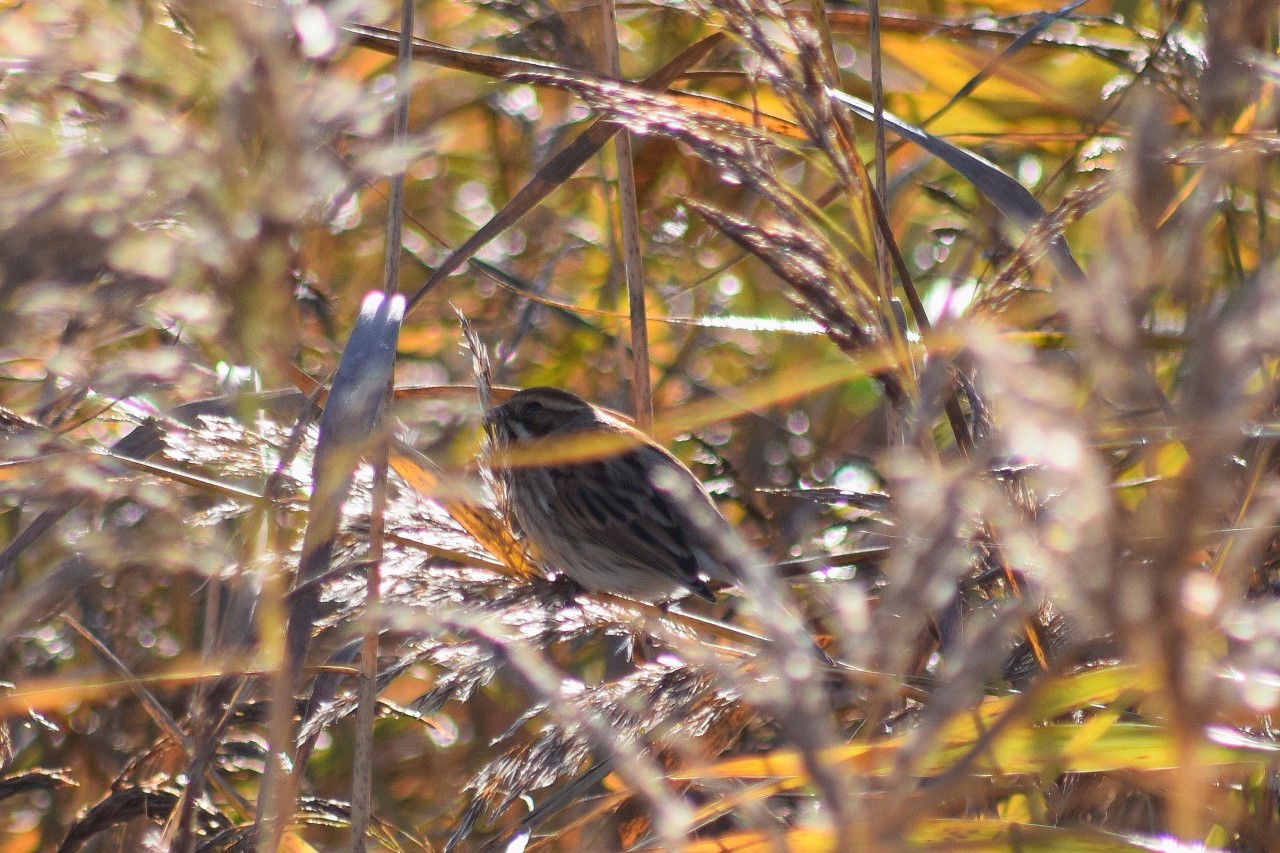 There is a feeling of anticipation and optimism inside the bird watching enthusiast when setting out into the field . Whilst common birds are easily to be found. There is always the hope that something much less common or scarce maybe heard or seen. The hope became a reality during this latest field trip around Oakhill and Goole Brick Ponds. Organised and lead by volunteers of the Friends of Oakhill.

Weather conditions were ideally suited. Sunshine. An almost clear sky, and hardly a breath of wind. A feel of tranquillity. A perfect autumnal day.

In the company of supporting friends, new friends, and experienced field guides. The group set forth towards Oakhill Pond. All rather quiet to start with, just the occasional small flocks of Goldfinches passing overhead. Whilst Reed Bunting made its presence known in the wetlands. 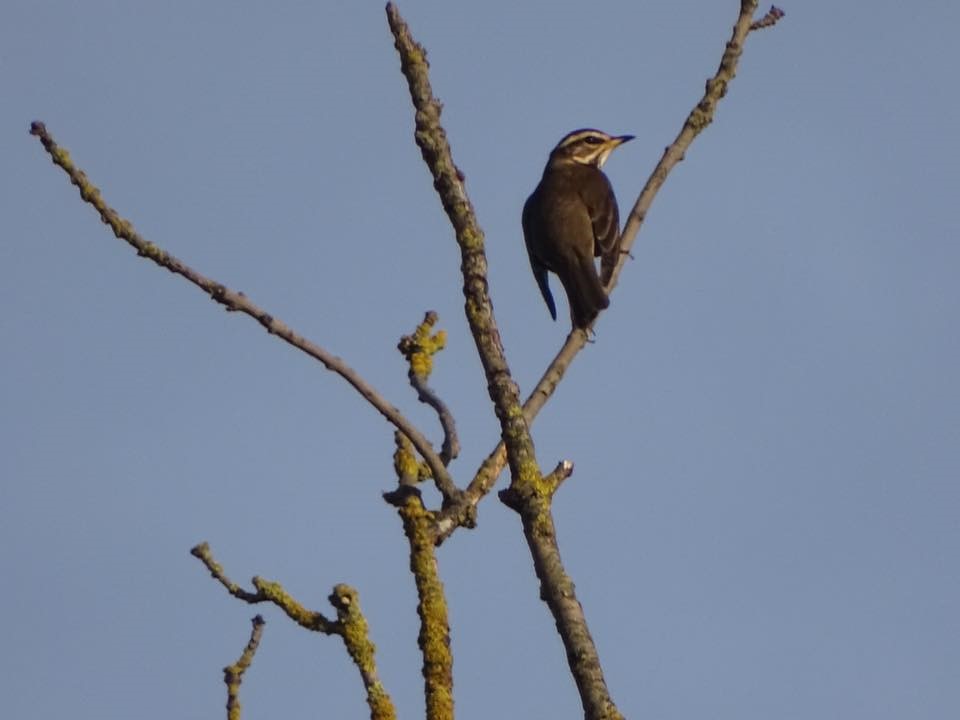 Passing through the level crossing, the midway point of the reserve, activity started to pick up. With Goldcrest, Redwing and Bullfinch busy feeding along the tree lined sides of the track. It was along this point that Jay was heard calling. But for an unusually long time. It was suggested that the Jay may possibly mobbing an owl or perhaps another species of bird of prey. As the group tip-toed towards an open view point the Jay was seen, and close by an Owl. But which species? Speculation became the topic. The Owl was initially too distant to identify. Merely a silhouette. But as the bird moved to a more obliging position for discreet closer observation, and with the aid of photography the bird was identified as Short-eared Owl. What a pleasure for the group to get close to this bird. An amazing sight.

From this point on, and after tea break at the cabin, where Redpolls were noted flying over, the group arrived at Oakhill Pond. 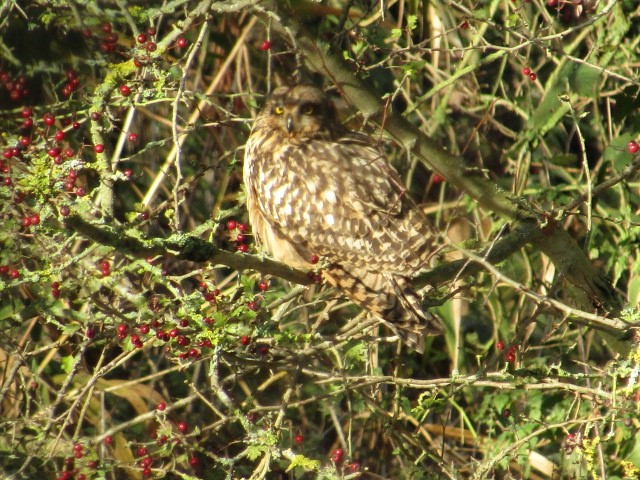 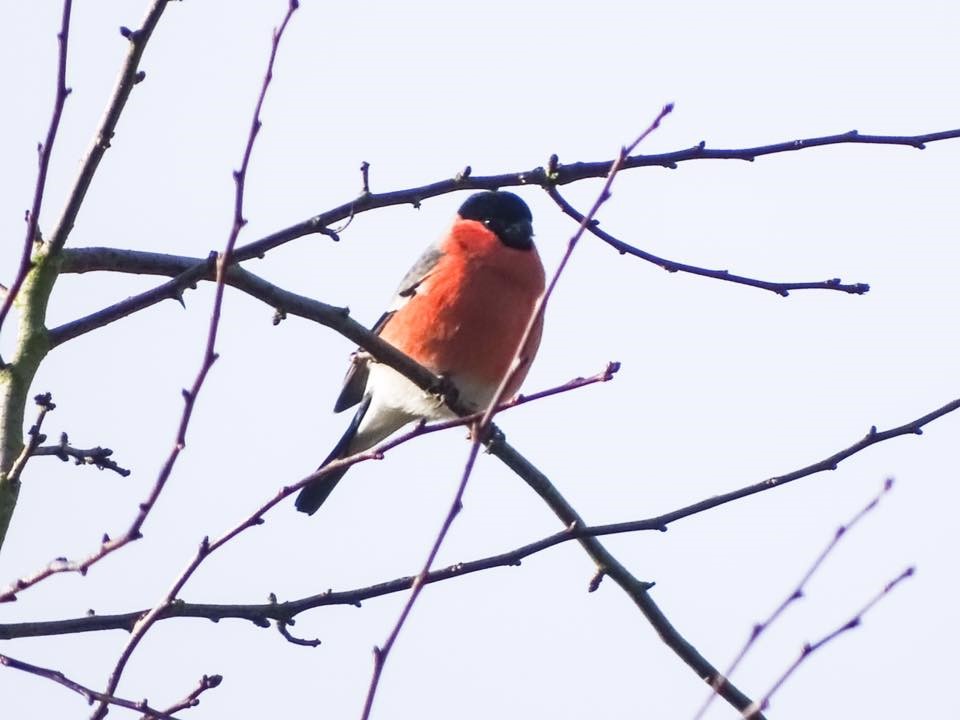 Present were a juvenile Mute Swan. Mallard. Male and female Tufted Duck. 2 Little Grebe and a single Great Crested Grebe. Coot, and 20 Black-headed Gull. At the narrow end of the pond Kingfisher was seen. A notable observation in the field to the west of the pond was Grey Partridge. Common Buzzard was seen also. 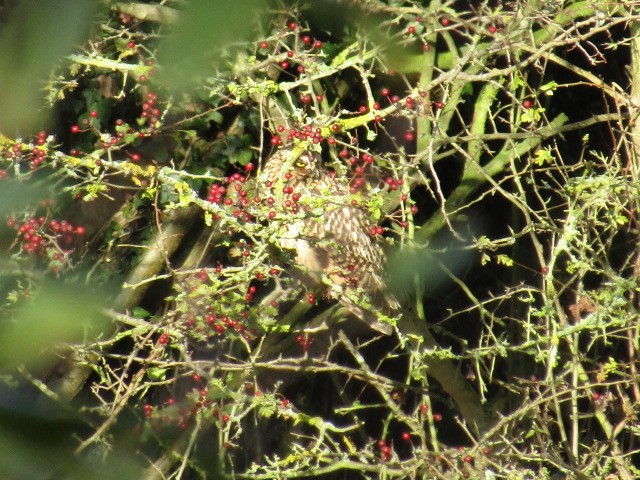 From Oakhill the route was back towards the Brick Ponds via the south or back track. Snipe was seen over the wetlands. But prior to the group arriving at the Brick Ponds. Friends of Oakhill member Anne Howard Webb had visited earlier and photographed Red Kite flying over.

Another excellent Bird of  Prey record. On leaving site. Green Woodpecker was seen flying into the Potter Grange area. 43 species were recorded during the event.

All in all. Another most enjoyable field trip to this fantastic green space on the doorstep of Goole. That is home to some of the most endangered bird species in the UK. The site is maintained by a small dedicated team of volunteers. Who undertake many essential tasks to keep the reserve in shape for the benefit of the important flora and fauna that exists, and for the pleasure of visitors from near and far. Without this commitment there would be no reserve. The Friends of Oakhill most warmly welcome new volunteers and members. Please visit the Friends of Oakhill Website www.oakhillnature.org for more information. Also checkout the Friends of Oakhill Facebook Page. 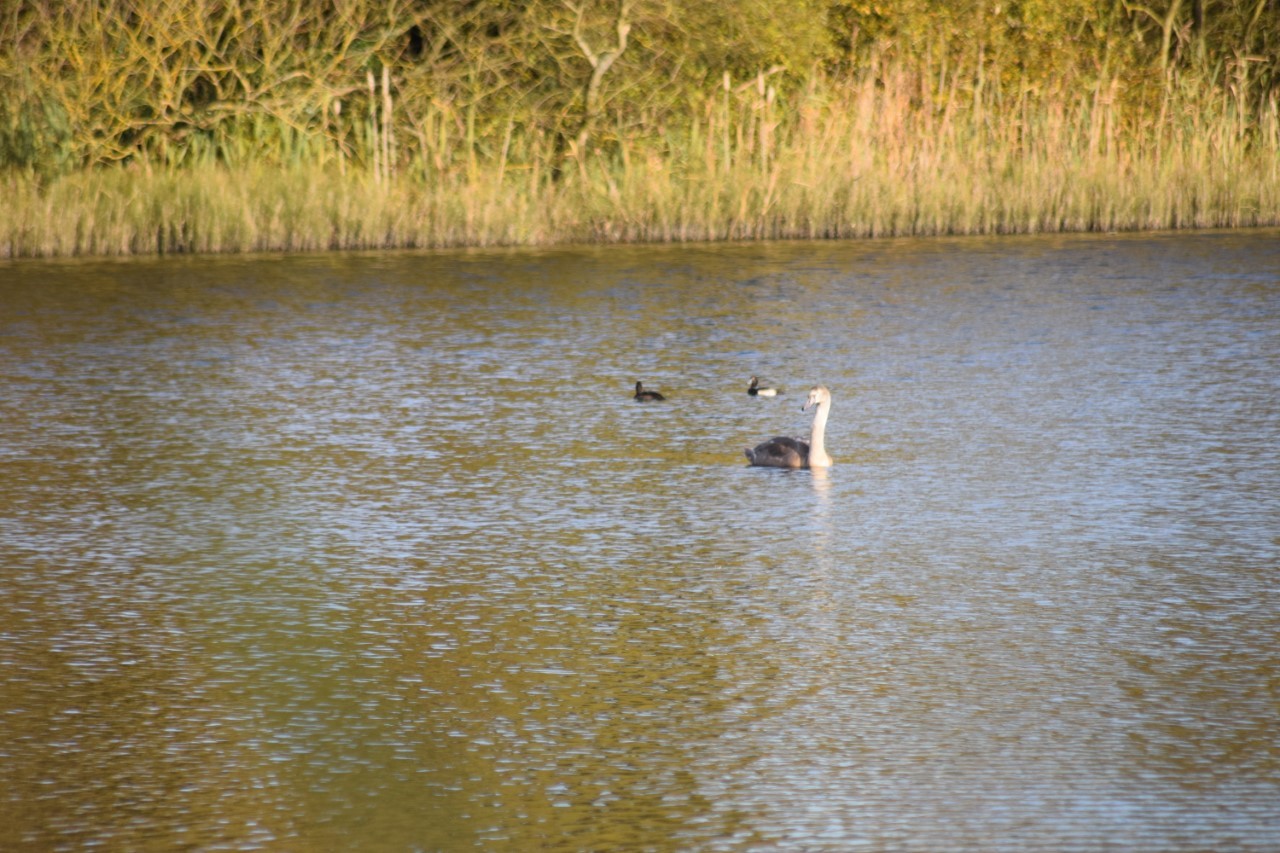 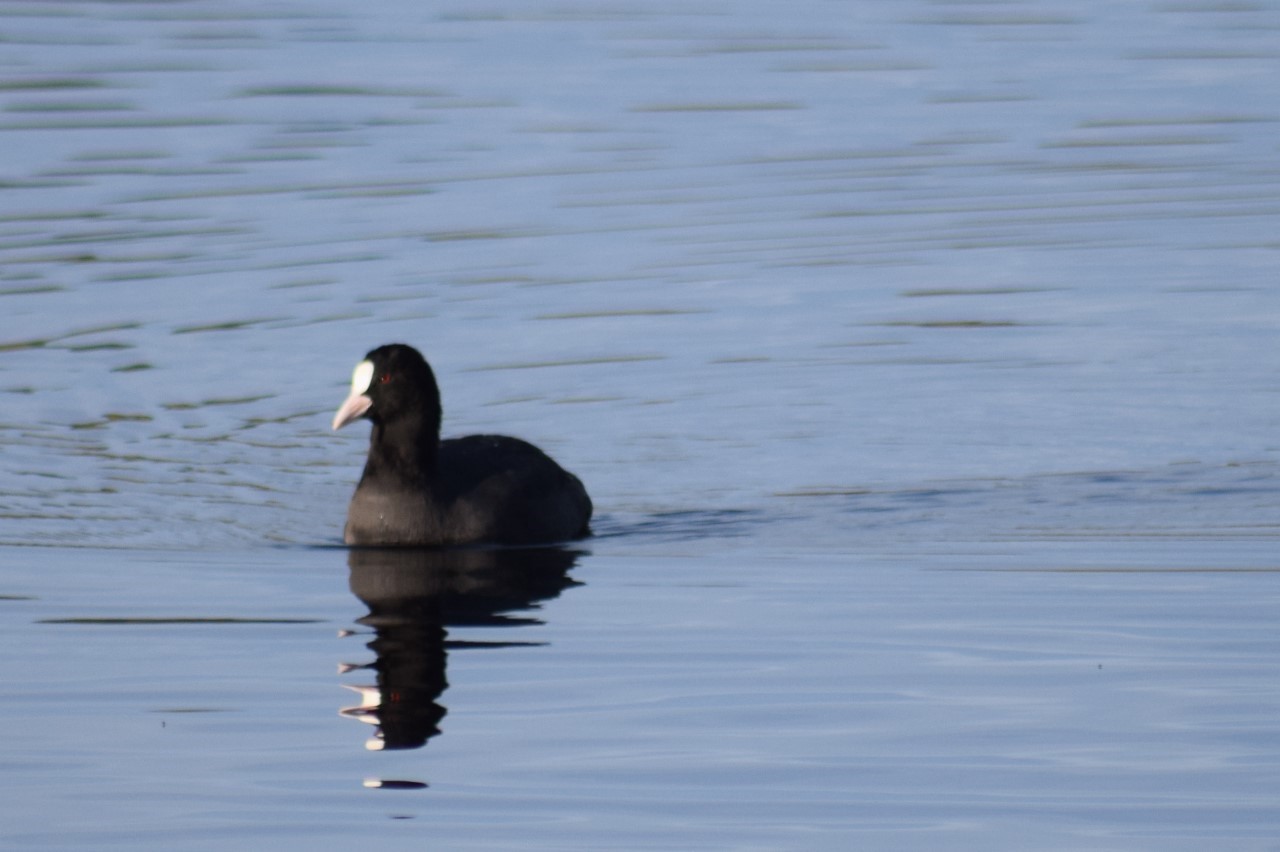 Many thanks to all who attended this Autumn Birdwatch event. Photographs shown are courtesy of and copyright belong to; 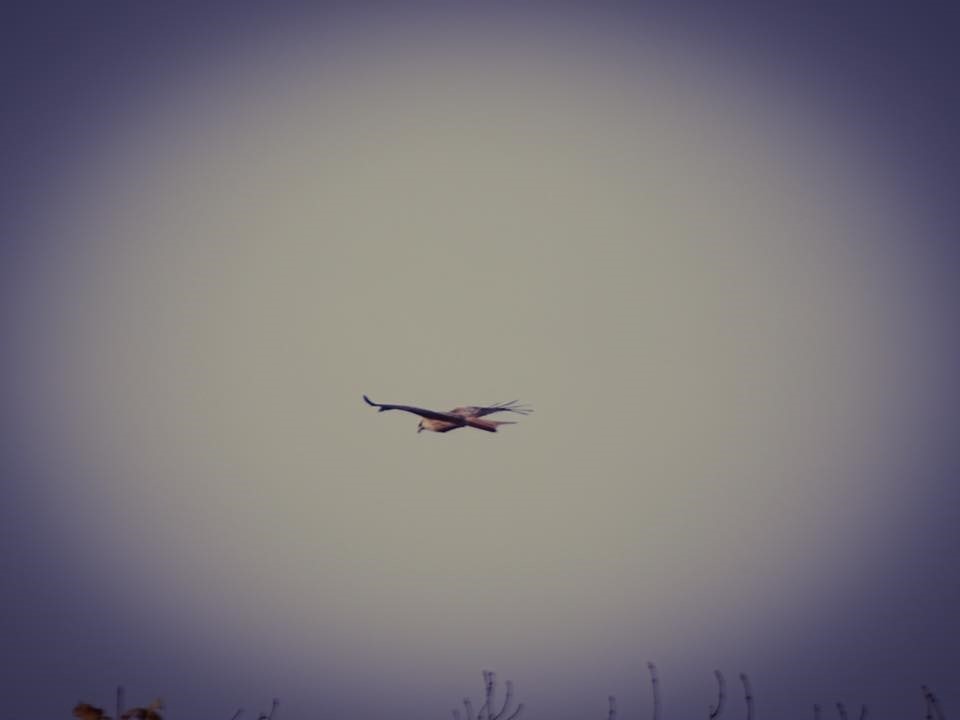